Amnesty for the Innocent

The heat of summer still hangs over the fields during the day but we must all begin work early to bring in the wheat crop. As night falls we return wearily to our shack on the Kazakhstan steppes. The air cools, reminding us that the long, bitterly cold winter approaches. Oh how we long for the lives we had before the War, the loved ones and the homes we left behind!

Today I heard a whisper that the pact between the Nazis and the Russians has broken down – that our oppressors now fight amongst themselves. On 22nd June 1941 the German army invaded territories to which the Russians have laid claim – into lands seized in eastern Poland at the beginning of the war, into the Baltic States, Ukraine and into Belarus. The German blitzkrieg is advancing, positioned to seize the productive agricultural areas of the Ukraine and to annex the oilfields of the Caucasus. Who knows, the Nazis may launch an attack on Moscow!

This turn of events must be seen as a blessing for us exiled Poles. That Russia is now at war with the Germans must give us some hope of being free again and returning home. For now, though, we must continue our daily struggle to survive. Conditions are becoming harder as the Soviets re-direct the whole country towards the total war effort. The fertile lands of the Ukraine have been cut-off by the German advance. It is harder to find food as the government re-directs grain to feed the Red Army. Russian and Kazak men are being drafted to the front leaving us women and children for hard labour on the land and in the factories. It is now impossible to find any medicines. Mother is more resourceful than ever to keep us alive. She has sold all of our valuable belongings and linen. She has even been telling fortunes to the local Kazaks in exchange for flour.

Stalin is said to be enraged by the German duplicity and has thrown his lot in with the Allies to defeat the Nazis. In the presence of Churchill and Eden, the leader of our nation, General Sikorski, has negotiated and signed a pact with the Soviet Ambassador Maisky on 30th July 1941. It is called the Polish-Soviet, or Sikorski-Maisky Pact, so now we Poles are no longer Stalin’s slaves but will be allowed to join in the war against the Nazis. Diplomatic relations between Poland and USSR have been resumed and Stanisław Kot has been appointed as the Polish Ambassador in Moscow. The Nazi-Soviet pact of 1939 is now obsolete. What does this mean for the frontiers? Will our homeland of the Eastern Borderlands be returned to Poland or will Stalin continue his illegal occupation? The rumour is that a Polish Army is to be raised on Russian soil, with General Wladyslaw Anders as commander. Over 200,000 of our Polish troops will be released from jails and gulags all over to Russia to form this Army. I pray to God that this is true.

The most amazing news! The commander of our kolhoz announced today that the Soviet government has given Amnesty to all Polish people! Mr Stankiewicz, a lawyer from Lwow, was indignant at the word “Amnesty”, which implies that we have been pardoned for committing a political crime. Our only crime was to be Polish citizens! However, we are to be free citizens, free to move around the Soviet Union and free to go home – just as soon as we have the necessary papers. A special permit from the NKVD is needed before we can purchase train tickets to travel. Thankfully Mother kept Father’s watch which she now must barter with to obtain train tickets as we have no money.

We are trying to balance elation at our freedom with the reality of leaving here. War wages to the West and so we must head South to where the Polish Army is forming. The local Kazaks tell us we mad to attempt the journey. They say we have no money, no food and that the Soviets will not help us and that we will die in the vast expanses of the Soviet Union. The Soviets will not tell us the location of the Polish recruitment centres so we only know our general direction. But we cannot survive another winter here so we pray God will deliver us safely to the Polish Army in the South.

Time has passed and I reflect on the estimate of 1 to 2 million Polish citizens who were forcibly deported to forced labour in the furthest reaches of the Soviet Union. Within the first year, nearly half were dead. The “Amnesty” of July 1941 led to the evacuation of approximately 115,000 Polish military and civilians to Iran. This was my own route out of that inhuman land. But many were not so lucky. Many were not informed of the “Amnesty”, many were denied documents for travel, and many had their trains re-directed to Uzbekistan for forced labour. Tens of thousands died on their journey to freedom from starvation, disease, exhaustion and frostbite. Accounts of squalid conditions and harrowing train journeys abound with many families becoming lost, separated and dying in misery. In March 1943 hundreds of thousands of Poles were still in the USSR but Stalin refused to let anymore leave. Quarter of a million were repatriated to Western Poland after the War. In the words of writer Tadeusz Piotrowski “As for what happened to those who never got out, God only knows. Some, no doubt, are still there”. 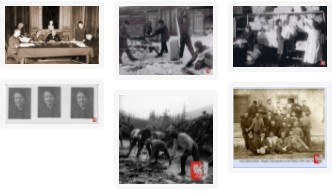