Listen to his narrative (Polish)

Forever in the USSR

I have decided to remain in the West, along with many fellow soldiers from Anders Army. My family was lucky enough to depart the USSR with the Polish Army in 1942, surviving in Polish refugee camps in Africa until after the war.

I still think of the friends I left behind in the USSR. Some did not make it across the vast distances of Russia to join the Polish Army in time. Some were not given Amnesty documents by their kolkhoz commanders. Others were seriously ill and had to stay in Polish and Soviet hospitals in Uzbekistan or Kirgizstan.

Will we ever learn about their fate?

Only in 1946 were thousands of pre-war Polish citizens of Polish or Jewish nationality repatriated to the new Polish borders from the Soviet interior. But not everybody got out. The most tragic fate awaited the lonely survivors, typically orphaned children. Thankfully, many of them managed to get to Poland with adoptive families, frequently total strangers. Others were brought to Poland with whole orphanages, thanks to the actions of the Polish Patriots Union. Countless others were, however, taken to the Soviet orphanages. Here, they completely lost their Polish identity, becoming Soviet citizens unaware of their roots. Only in a few cases a family intercession brought some of these children back to Poland.

Those returning back to Poland were bid farewell by Byelorussians and Ukrainians who were pre-war Polish citizens. They were now considered Soviet citizens, left to the mercy of the Stalinist system. They and their descendants still live there now in large numbers, predominantly in Kazakhstan. Some were able to finally repatriate to Poland in the 1990s. But it is hard for them to adapt after so many years of imprisonment in the USSR. They are still trying to establish their identity, unsure if they are Poles, Soviets, Russians or Kazakhs.

Today, Russia is also inhabited by the former gulag prisoners – Home Army soldiers arrested in 1944-45 and sentenced to many years in remote Siberian prisons. After their sentences were over, they had to go to so called “posielenije”, forced labour settlements for former prisoners. Those, whose families managed to receive an “invitation” from the Soviet authorities for their return to Poland, went home. Some got married and decided to stay in Siberia. Others decided to return to the former Borderlands and live on their ancestral lands. They took it as their duty to preserve the legacy of the Borderlands, to protect churches turned into sports arenas and chemical warehouses, to tend graves of their family members and total strangers. It was particularly difficult in present day Ukraine, where the memories of Wolyn massacres were still fresh. Poles from that area were usually returning only to the larger cities like Lwów or Stanisławów.
Those not deported frequently stayed on their land and did not resettle to Poland despite the repatriation agreements in force since 1944. They yearned for “Poland” yet were unable to part with their ancestral homelands. Even after the war, they were subject to further repressions. They were called “Polacks”, banned from praying in Polish, and from studying the language. Many, especially in Belarus, were deported into the depths of the USSR as late as the 1950s.

They returned after several years, in 1955-59, broken and ready to try to repatriate to Poland. If they succeeded, the homeland of their dreams greeted them as strangers, “Ruskies”, due to their eastern accent. Others are still living in Lithuania and Belarus.

Many Kresy families were separated for years. Contacts with the West could endanger the family members in the USSR, so people preferred to be silent. Former prisoners of the Nazi concentration camps and forced laborers, afraid of the deportations to Siberia, did not return to their homes but stayed in Poland. Often, they would never see their parents again, and meet with their siblings only after 1956.

A tragic fate awaited soldiers from Anders Army and Berlings Army who, despite the warnings, decided to return to the Borderlands in search of their missing families. They were frequently promptly arrested and sent to the harshest gulags. Many of them remained in that inhuman land forever…

Those who survived in the former USSR were able to establish contact with their Homeland only after 1989. They managed to secretly cultivate Polish language and traditions, passing it onto their children using prayer books and Babcia’s memories. Now they can finally establish Polish organizations and get scholarships to send their children to Polish universities.

One has to admire their spirit, their will to survive the eternal exile and to retain their Polish identity. Against all odds. 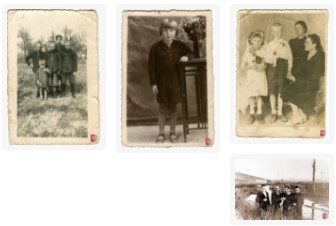 21.07.1944 – Proclamation of the Polish Committee of National Liberation in Lublin, a provisional government under the protection of USSR in opposition to the Government  of the Republic of Poland in exile, in London…

21.07.1944 – Proclamation of the Polish Committee of National Liberation in Lublin, a provisional government under the protection of USSR in opposition to the Government  of the Republic of Poland in exile, in London.

09.09.1944 – Agreements with the Ukrainian SSR and Byelorussian SSR on population transfer. On the basis of the agreements Polish citizens were forced to resettle on the territories of post war Poland.

22.11.1944 – Agreement on population transfer with the Lithuanian SSR.

11.02.1945 – Yalta Conference. USSR, Great Britain and USA affirmed the Curzon Line as the new eastern border between Poland and the Soviet Union. Poland loses the Borderlands to the Soviets.

06.07.1945 – Agreement between the Soviet Union and Poland on the repatriation from the USSR territory of all those Poles and Jews who were able to prove their Polish citizenship obtained before WWII.

1945-1946 – Repatriation from the Soviet Union to Poland of the 1940 – 1941 exiles and inhabitants of the Easter Borderlands, the former territory of the Second Polish Republic.

1956-1957 – Another repatriation agreement between Poland and the USSR. More than than 200,000 Polish citizens come back to Poland from the USSR interior and the former territory of the Eastern Borderlands during the years 1955 – 1956. Thousands of those unable to prove their Polish citizenship were left behind.

09.11.2000 – The Repatriation Act so that people without Polish citizenship but of Polish origin have the right to come back to Poland. It allows the repatriation of Poles who had remained in the East and in particular in the Asian part of the former USSR  due to deportations, exile and other ethnically-motivated forms of persecution, to re-settle in Poland.