May 1945 brought the long-awaited end of the war.

Wilno witnessed all the horrors of this war – the changing occupiers (alternating between the Soviets and the Germans), the extermination of the Jews, the collaboration of the local Lithuanians with the German invader, the Soviet deportations to Siberia, the fighting by the underground forces in the areas of Wilno and Nowogrodek. At one point, my young mind was confused as to who is the friend, and who is the foe?

Although I was not yet 20 years old, as a Polish patriot, I felt that my duty was to fight in the Polish Underground – the Home Army.

In 1942 I was assigned to the First Aid and Communications platoon. The couriers were usually young women – very rarely men. We were able to make ourselves invisible, and extricate ourselves from various predicaments. So I became a courier and distributed the underground newspaper. From July 1944, the Soviets were once more, and finally, in control of Wilno. I managed to save many of my colleagues who were arrested by the NKVD, by producing false documents for them.

I was arrested in 1945, just as I was getting ready to be repatriated to Poland with my family. Many of my friends from the underground managed to escape to post-war Poland – to Ketrzyn, Lodz, Szczecin and Wroclaw. Unfortunately, I and many others, failed. First, I was interrogated at the prison on Ofiarna Street, and then I was sent to the famous Wilno prison – Łukiszki. I was held there, in the large cold dorms, along with many other women. During the interrogations, they screamed at me and beat me, in order to get me to betray my colleagues. Prayer kept me alive. Up to the departure of the repatriation transport, my family earnestly tried to find out about my fate.

After a six-month investigation, the Soviet Court sentenced me to 10 years of hard labour, for antiSoviet conspiracy. “And so I will share the fate of the hundreds of thousands deported from Wilno Province in 1940-41. What will happen to me? Will I ever see my loved ones?”

For many days, we were transported in cattle wagons, until we finally reached our destination – a work camp in the Komi Republic. Thousands of Home Army members were sent here, as well as to Magadan, Norylsk, Archangelsk, near Saratow. This was always for the hardest type of labour, and for many years of imprisonment. When Polish civilians from earlier deportations were coming back, we were sent in the opposite direction, for extended exile.

We lived in a large female camp, in the middle of a seemingly boundless taiga, guarded by the NKVD. Forced labour in the forest was a sentence of misery. It was very hard physical work, with starvation level food rations, severe weather and disease. Many died. Several years into my exile I was crushed by a falling tree in the forest. I was very seriously injured, with a badly damaged spine. No one believed that I would survive. However, thanks to the support of my friends and the personal care of a Russian physician of Polish descent – I recovered.

In 1955, I was released from the labour camp. After a year of waiting and fighting for survival in exile I received the necessary documents to return to Poland. The Polish Red Cross helped me to find my surviving family. In April 1956, I returned to a transformed Poland, one that was experiencing the Communist thaw. I felt the joy of being reunited with my family, but was concerned about the fate of my exiled companions, as well as that of my colleagues in the Wilno conspiracy.

I settled in Wroclaw, and finished studying. Until my retirement, I taught young people the Polish language. A number of years after my return, I located quite a few of my colleagues from Wilno. They survived. We had so much to talk about. It breaks my heart to think of those who were tortured to death in the Łukiszki prison, who died in the Soviet work camps, and in the torture chambers of the Polish Security Authority. All for Poland. 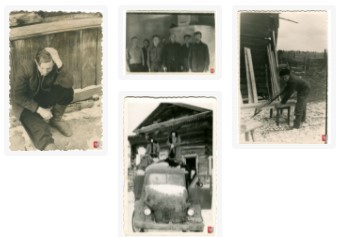 Soviet repressions of Poland continued after the War.  Veterans who had served in the West were arrested, imprisoned, tortured and disappeared.  The Polish Home Army (Armia Krajowa or AK) was disbanded on…