Katyń was the genocide of 21,857 Polish POWs and civilian prisoners by the NKVD in the Spring of 1940, not only in the Katyń forest but also at Charków, Tver, Bykownia and still undisclosed locations in Belarus. It is known collectively as the Katyń Massacres.

To me it is more than that. It is a personal tragedy. It is how I lost my father.

It was September 1939 and Poland was invaded by Germany in the West, and by the Soviets in the East. Father, an Army Officer, was fighting with his regiment. But the Red Army captured him and the remains of his battalion on their retreat to Lwów.

Immediately my Father and over 14,000 Officers were separated from the other ranks. In freezing cattle trucks they were deported to 3 internment camps in the USSR. But they were not guarded by the Red Army. They were now in the hands of the infamous NKVD, the Soviet Secret Police.

The three “special camps” for the POW’s were Kozelsk, Starobelsk and Ostashkov. Father was held in Kozelsk camp, a ruined monastery near Smolensk in Soviet Russia.

In addition to the POWs, 11,000 non-military prisoners were held in prisons in Eastern Poland by the NKVD – thousands were State Policemen.

The amnesty for Polish POWs and deportees in 1941 led to the formation of a Polish Army in the USSR. Enlisting at Buzuluk, I was hopeful that I would at long last be reunited with my father. General Anders himself recounts;

“I had not been working many weeks as Commander of the Polish army being organised in the USSR, when I was struck by the alarming fact that of these 15,000 prisoners, only a few hundred men had reached our ranks. They were unable to give any information concerning the fate of their brother officers, from whom they had been separated in the spring of 1940”.

In April 1943, the Germans broadcast to the world that they had discovered the bodies of thousands of Polish officers in the Katyń Forest near Smolensk. German propaganda blamed the Soviets. When the Polish government demanded an independent enquiry – Stalin broke off relations. Britain and
America, not ready to oppose their Soviet ally, suppressed the truth. After the War, the matter was even dropped from the Nuremberg Trials and so the Soviets were not held accountable for their war crimes.

For half a century there was a conspiracy of silence but now it is possible to piece together the events of Spring 1940 – and what happened to my father.

On the 5th March 1940 Laventii Beria wrote a memo to the Politburo recommending that the Polish POWs, described as “counter-revolutionary agents”, be killed. The memo was approved and signed by Stalin.

A rigorous mass murder followed. The NKVD started to move the Polish POWs in early April 1940 to various locations in Soviet Russia, Ukraine and Belarus. My father, an Army Officer, was taken at the beginning of April 1940 from Kozielsk by train to Gniezdovo Station. A lorry then took him to a forest in Katyń, near Smolensk.

The diary of his colleague, Major Adam Solski, shot at Katyń on 8th April, records his last eerie moments:

“A transfer in the boxes of black maria. It’s frightening. We were brought somewhere into a forest like an out-of-town resort. We were searched thoroughly. They were interested in my wedding ring and took away the roubles that I had, and also my belt, my penknife and my watch, which showed the time to be 6.30”.

The Polish Officers were bound, gagged and led to the edge of a pre-prepared ditch. NKVD guards approached from behind, then shot them, to the base of the skull, with the bodies falling into the tightly packed grave. In the Katyń forest 4,421 Polish Officers were executed.

Similar scenes were unfolding in other locations. The POW’s from Ostashkov and Starobelsk were shot and buried in mass graves in Miednoje and Charków respectively. From Eastern Poland, the 3,435 prisoners from the so-called “Western Ukraine” were executed and buried in a mass grave in Bykownia, near Kiev. Finally 3,870 prisoners from the so-called “Western Belarus” were deported to prisons in Minsk. The whereabouts of their bodies is still not known.

The perpetrators have never been brought to justice. There is no sign of rehabilitation for the victims in a Russian court. Katyń remains an open wound 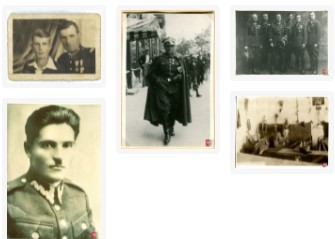 The collective murder of 21,857 Polish POWs and civilian prisoners by the NKVD in the Spring of 1940 is known as the Katyn Massacres.  The murders took place in the Katyn forest as well as…