Well today, the 20th March 1946 was a strange sort of day. The men of the battalion were paraded at 13.00hrs. and some British captain turned up with a box of leaflets which he distributed to us. It was from the British Foreign Secretary Ernest Bevin. To be honest, we were a little angry about this, but the lads behaved themselves. The note told us that the British… consider it our duty to return home to rebuild Poland. It also said that it was in the best interests
of Poland that we should return.

The nerve of the man! It was all in Polish, but I don’t know who they got to do the translation. The language was appalling. If they can’t get that right, I hold out little hope for any of the safeguards they promise. “Best interests of Poland!” What does he know about it!

There was also some unsigned statement by the so–called “Polish Provisional Government” – the communists – that was a bit unnerving. It talked a lot about who would be arrested. It started with the phrase: The treatment of the Polish Armed Forces returning to Poland from abroad has already been
demonstrated in practice…

Well, yes, we all know what that means. Roman Nowakowski from 10th Battalion was at the Koźle transit station in Poland last December. When he got back to Italy he told us that 200 returning troops whose names were on some sort of list were removed from the column and haven’t been heard from since. It’s all very worrying.

Anyway, I only just got out of the great “Soviet paradise”. Once was enough. I buried my mother in Siberia and my son died on the train journey from Arkhangelsk to Kazakhstan. I know all about the Soviets and how they treat Poles. Does the word “Katyn” mean nothing to them.

Last summer our General Anders issued an Order of the Day which said that Poland wanted us to return, but it didn’t want us to return to slavery. Things would have to change for the better… a change HAS to come otherwise what have we been fighting for?

I have to agree with him. I’m not going back to Poland. I can’t. My Poland no longer exists. My village is in the Soviet Union. My house was destroyed. There is nothing to go back to and I won’t give the communists another chance to finish me off. From the whole 2nd Corps only 310 men who were with us in Russia have registered to return to Poland. Even the other 14,000 sitting in Cervinara Repatriation Camp are not the soldiers who fought with us at Monte Cassino and Bologna. More than half of them joined after the fighting, and most of the other half are not from front line units. Having said that, my brother-In-law who was with General Maczek in France wrote to me to say that he WAS returning. Well. It’s alright for him. He comes from Lublin and his family are all well in Poland. Homesickness is a terrible thing. Strangely enough, a lot of soldiers stationed in England, and quite a lot from 1st Division in Germany are volunteering to return to Poland. It seems that their officers are not putting the same pressure on them as they are here in Italy… but they didn’t spend time in the Soviet Union did they?!

We get a lot of lectures from our offices as to why we shouldn’t return.

… And then there is some Colonel from Warsaw who sometimes comes around trying to convince us why we should go back. No one takes him seriously, and to be honest he seems to be going through the motions. I wonder if the people in Warsaw actually want us back.

Anyway, I know our CO, Major ĆWIĄKALSKI, isn’t going back. Most of the officers feel they would probably be targets for the communists. A couple of generals have returned but on the whole though, I don’t think many of our officers will be going back. I heard that there are only seven officers from our Corps waiting for repatriation.

As for us? Well, some of the lads say there is going to be another war – this time with the Russians and we should hold on. They will need us to fight again. There also is talk of us going to England to be demobilized. I don’t know? That note this morning didn’t sound too hopeful. The British said they can’t guarantee that we will be allowed to live in England. Anyway, I don’t think I want to live there. When I get my family out of Africa, I think I shall go to Canada. They say life
is good there. Still, we shall have to wait a bit and see what happens. 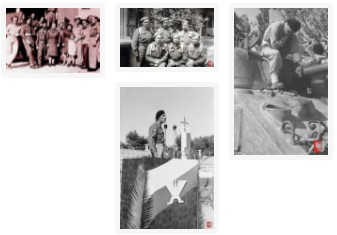 By May 1945 Polish Armed Forces serving under British command totalled 194,460 with an additional 46,618 civilians and dependants.  Yalta and Potsdam conferences in February and July 1945 respectively marked…