From ‘The Polish Deportees of World War 11: Recollections of Removal to the Soviet Union and Dispersal Throughout the World’ Edited by Tadeusz Piotrowski. Edited from the Introduction and accounts by Wiesław Stypuła – Bandra, Balachadi and Valivade.

The coming of the Polish refuges to India has been made possible by the invitation of a young prince from Navanagar named Jam Saheb, who has offered to take in a thousand Polish children.

In all, between 1942 and 1948 over 6,000 Polish refugees – the majority of whom are children – will find shelter in settlements in India. But the trek of many Poles to India begins with children from the Polish orphanage in Ashkhabad. Gathered by Polish diplomats they are evacuated to India via land routes through Iran and the mountains of Afghanistan in 4 groups from March to December 1942. In the words of one little boy:

“A rumor began to circulate that we would be leaving the following day. Where? Into the unknown, the distant South, the equator. On the one hand there was a pleasant anticipation of this exotic journey; on the other hand there was a concern for our nearest and dearest. Where are they? What is happening to them? Will I ever see them again? Perhaps they are no longer alive. Then a long, long night troubled by anxious thoughts. Tossing from side to side. In the morning redeeming, restful sleep.

Reveille! And right away movement, nervous moods, nudges, laughter, and finally the morning assembly. We stood in twos, by blocks, and were counted several times. Toward the end of the roll call, big news: right after breakfast trucks will arrive and, in accordance with a prepared list, the first group will depart.
Nervous waiting and …. relief when the name was read, the name which was pronounced correctly but sounded so strange. Is it really me? After roll call I must run to my caretaker and check, just to be sure it was me. The sick and those under quarantine remain at the orphanage. Gazing at the sad, tearful children I was filled with a profound sadness. I understood how they felt because only a few months ago I went through a similar disappointment when I came here from Kassan-Sai, near the Uzbek and Chinese border. But now that I, together with over a hundred others, was to begin the next stage in my journey through the world, I was in an entirely different mood. The first transport having crossed half of India, through Quetta and Delhi, arrived at Bandra, a suburb of Bombay. The children’s stay in Bandra lasted several months. “

Several months after the maharajah’s declaration, an orphanage camp is built in Balachadi, near the town of Jamnagar. The first group of children, and their Polish caretakers and teachers, arrive in July 1942, raising the red & white flag given to them by the Polish sailors on the ship “Kosciuszko”, and from that date until 1946 about 1,000 of them will live there.

At the end of 1942 construction begins on a new settlement in Valivade, near the town of Kolhapur. The first group of refugees, mostly women and children evacuated by the Caspian Sea with Anders

Army to Iran and then by ship to India from Ahwaz, arrive there in June 1943. About 5,000 will pass through this camp by 1948. Despite the climate and the people’s poor state of health, a school and some medical facilities are quickly set up. In Valivade, in less than a year, there are about 2,500 students attending several different schools from kindergartens to lyceums. The local community offers a great deal of assistance; for example, in Balachadi, where malaria epidemics occur often, the core of the medical personnel consists of Hindu physicians.

Cultural and religious life also flowers in the settlements. There are community centres, libraries, art studios, and amateur theatres. Several song-and-dance groups emerge and there is even a youth orchestra in Balachadi. Sports are also important and Polish teams compete successfully with local ones in many events.

The Polish Scouts in India, to which over a half of the refugee children and teenagers belong, clearly distinguishes themselves in Polish scouting in exile. Their training takes place in harsh semi-dessert conditions as well as in the Deccan jungle.

Balachadi camp is liquidated in 1946 and the children are moved to the much larger settlement in Valivade. Between 1946 and 1948 the refugees re-join their families in Poland, the UK and onto Canada or the US.

In 1948 the last of the Polish settlements is liquidated and its residents scattered throughout the world; only some of them return to Poland.

As for the Maharaja Jam Saheb – he must be given credit for his personal engagement and almost fatherly concern towards the Polish children. He never forgets any of the festivities of the settlement and often invites them to his palace in Jamnagar. In November 1946, when the last group of children leave the settlement, he personally escorts them to the railway stations and, without concealing his tears, lovingly and at length clutches the youngest to his bosom. He will remain in our hearts until the end of our lives as an exceptionally pleasant, kind-hearted, and sincere friend of the Polish children. He is truly a good man from the “Good Land”, as this corner of the Hindu continent is called – the land of Jamnagar. 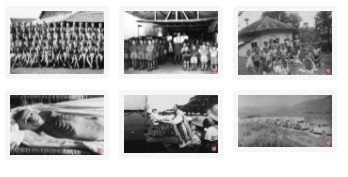 January 1942 India confirms they will welcome Polish children. Instrumental in negotiations was HH Jam Saheb Digvijay Sinhjii, Maharaja of Nawanagar who accepts 500 children into his territories…