Polish Refugees in the Middle East

This is an account by deportee Henryk Frank Kustra:

“We embarked for Iran from Krasnovodsk. My brother was suffering from typhus and the Polish Doctor told him that the crossing would be very rough and that he would not make it. And my brother said “I know I might die but at least I will die in a free country, not this land here”. He was permitted to leave, but he didn’t survive. When we arrived in Pahlevi I couldn’t find my brother and I was suffering from bad malaria. I was transported to hospital in Tehran but by that time I was unconscious.

When I woke up in the hospital, with white walls, music playing and wearing pyjamas, I said to myself “I am dead, this is heaven, I must have died”. I saw two Iranian sisters and I watched them to see whether they had any wings! I called them over but I couldn’t understand them and I said to myself “I wonder what language they speak in heaven”. They brought a Polish sister and she said “this is not heaven, you are not dead, but you have been very sick and when you feel better we are going to send you Kirkuck in Iraq. There is a Polish Army station there.”

So after a few weeks I left the hospital in Tehran. I travelled in a convoy of trucks with Polish soldiers who were going to Iraq. The Polish army gathered there in a place called Kanakin near the oil fields

From there they sent me and all the young soldiers to Palestine. I went to Kastyna which was the camp for the young Polish soldiers or “junackie”. Here, we had to reveal our true age. The army officer said “you were all lying, you even changed your names and you changed your ages. But now we are in a free country and the Polish army needs young people. We are going to send you to a British school to learn English, to learn Morse code, to learn signals to learn how to drive vehicles.”

I was very happy in Palestine – we marched, did drills and sang Polish songs. The priests came to the camp and gave us prayer books and the Jewish committees came in and brought oranges and fruit for us.

Three British schools were created in Egypt because the Polish army needed trained personnel. One was for the young Polish airmen, another for mechanics and lastly, one for the Royal Corps of Signals school. So I went to Egypt and studied in the Royal Corps of Signals school. Here we slept in tents and also had lessons. A Polish teacher taught us the 7 class that we missed in Lwow because of the war. British instructors taught us the procedures for radio work and driving trucks/motorbikes. We also had to learn English.

When I was in Cairo, the Polish Embassy informed me that my brother died the same day that he disembarked. So he died in Pahlevi, Iran. I wanted to be somebody. I knew now that I had lost my father, mother, brother. I didn’t know where my sister was, whether she was alive or dead. I had very good friends amongst the Polish soldiers who took pity on me. They used to say “behave yourself, be good, you are free” so I looked forward. I wanted to learn things.
Before we left this school General Sikorski, the Polish Commander in Chief, came to visit us and he said “you are doing a good job. The Polish army of 50,000 strong will be going to Europe to fight the Germans and they will need you because they don’t speak English. They will need to radio them to make contact so they will need you”. And when he left from us – he died next day in a plane crash in Gibralter. We were all crying because we knew he was our leader. General Anders, the Commander of the Polish 2nd Corps, also visited our school and he said to “learn, learn, learn. Poland needs you”. From there, we learned that the Polish army landed in Italy and they told us “we are sending you to Italy straightaway. The army needs you”. There was nearly 250 boys there in that school, mostly orphans. And so I left the Middle East for Italy.” 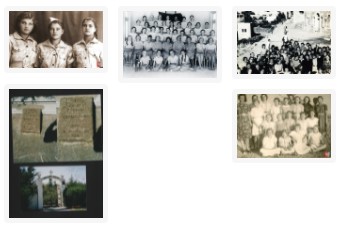 First evacuation of deportees from USSR 24 March – April 1942 from Krasnovodsk across the Caspian Sea to Pahlevi, Persia

In Pahlevi tents were erected along the beaches for the refugees

Approximately one third of civilians were children

In Palestine Yunak schools, a Women’s Auxiliary Service and training centres were established

In Tehran, four Polish refugee camps were created (Numbers 1, 2 & 3, and Number 5 for the orphans)

In Isfahan the refugees were mostly orphans. The majority were sent on to Africa and India. Small groups of mainly orphans were sent to Mexico and New Zealand

By the end of 1943 approximately 33,000 civilians had passed through Iran

The remaining 4,300 refugees at the end of 1945 were evacuated to Baghdad and Beirut