After the September campaign most of the Polish airmen escaped to Romania and from there were evacuated to France. Here, the Polish Air Force numbered around 7,000 men with 86 operational planes. During the French campaign the only fully formed and operational Polish fighter Squadron started flying sorties against the much more powerful German aircraft.

As a result of the disastrous French capitulation, most of the Polish airmen managed to evacuate to Britain. Truth be told, we all feared that the British would have a similarly defeatist attitude as the French. But, despite their calm exterior, the British demonstrated nothing but cold determination to stop the incoming Nazi invasion.

The initial phase in Britain was frustrating for many Polish airmen. The British authorities tried to make the Poles “settle” down, learn English and absorb regulations while the Polish airmen wanted to fly and fight the Germans. Of course, the language barriers did not help. Soon it was agreed that, whilst under RAF High Command, all Polish airmen be part of the Polish Air Force and swear allegiance to the Polish government. 302 Poznań and 303 Kosciuszko were the first two fighter squadrons.

Initial teething problems became irrelevant as soon as the Polish squadrons became operational. Young British fighter pilots were being killed at a rate that the RAF could not replace. On 30th August Ludwik Paszkiewicz of 303 Kościuszko Squadron shot down a German bomber during a training flight. The very next day 303 squadron was declared fit for operational duties and, in the late afternoon, scrambled for its first operational flight.

It was a desperate point in the Battle of Britain. Equipped with new Hawker Hurricane planes our pilots performed outstandingly. The differences between the Poles and their British commanders turned into mutual respect and comradeship.

The 26th September 1940 was a momentous day for our Polish Airforce! Northolt was visited by King George VI and His Majesty talked to our heroic Polish pilots. But, just as the visit was drawing to a close, we got word of an enemy raid. At full strength 303 Squadron was scrambled and they took to the skies…
It was an anxious wait on the ground, knowing that our men were fighting for their lives. In the ensuing battle, Polish pilots shot down 13 enemy planes. Lt. Januszewicz made a forced landing, but was uninjured. King George VI insisted that the results of the battle were relayed to him personally at the Palace.

That was just the beginning. Now that the War is over I reflect on the achievements. The famous 303 squadron became the highest-scoring squadron of the whole Battle of Britain. Ronald Kellett wrote a farewell in the squadron’s chronicle:

“We fought together through the great offensive of 1940 and I then knew that the pilots of No. 303 Squadron were not only the best but would also see me through any troubles. In the month of September, 303 Squadron was on top — no squadron from 2 the Empire could equal the courage and skill of our pilots, no bombing could daunt our airmen.”

Altogether, the 11 Polish fighter squadrons scored 769 certain kills. Of course those victories did not come without human sacrifice. We lost 421 dead and 52 missing in action.

Although always in the shadow of the more glamorous fighter pilots the bomber crews were no less important. All commanding officers of the bomber squadrons were Polish and highly experienced. These squadrons would reach between 400 to 500 men – so it was a huge operational task.

In the last years of the war, all Polish bomber squadrons were equipped with Halifax and Lancaster bombers. Altogether they flew 11,706 missions, dropping 13,206 tons of bombs on the enemy. But they also paid dearly for their heroic achievements as their total losses were 1005 crew members dead and 34 missing in action.

What is to account for the exceptional performance of our Polish Air Force?

British airmen were trained with highly sophisticated equipment and so they relied upon these technological devices rather than their own instincts. When the technology failed they were defenceless. Learning to fly in inferior planes, the Poles had exceptional training, very keen observation skills and reflexes.

Consider that 303 Squadron had three times the success rate of the average RAF squadron but only one third of the losses. One day the world will remember these men as the bravest and most exceptional of pilots 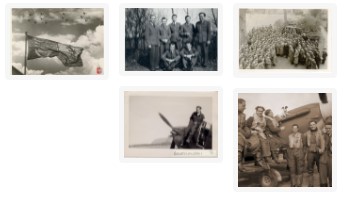 Pre WW2, the Military Flying School in Dęblin was considered to be one of the best in the world and Polish pilots a professional elite…