Official in Ministry of Interior, 2nd Republic of Poland

Kresy Wschodnie – in English it translates literally to Eastern Borderlands. A place of legends, these lands have belonged to Poland for centuries. A geographical fault-line, it is a territory marked by conflicts between East and West, between Latin and Byzantine civilizations and battles against Ukrainian, Swedish, Turkish and Tatar invaders.

Since antiquity people of different languages, of different faiths, of different nationalities and ethnic groups have co-existed. Indeed, it is this unique and complicated mosaic of diverse cultural influences that shapes the phenomenon of Kresy.

Polish expansion eastwards dates back to the earliest days of Poland. King Boleslaw I Chrobry, who was the first crowned King of Poland, conducted successful military campaigns in the East and consolidated the Polish lands in Red Ruthenia.

In 1018, King Boleslaw famously invaded the Kievan Rus. But fortunes were constantly changing. In 1259 the hordes of Genghis Khan invaded the whole of Eastern Poland.

In 1340, under the reign of Kazimierz the Great, Red Ruthenia came under Polish control and opened these lands for Polish colonization. This saw the beginning of a chain of fortresses being built in Kresy into the middle of the 16th century.

On the 1st July 1569 the Union of Lublin was signed, creating a single State, the Polish-Lithuanian Commonwealth. It was one of the largest countries of 16th and 17th century Europe with a large multi-ethnic population. This Union was a crucial event in Polish history. It saw the Szlachta nobility rise to the height of their power but it was also a peaceful creation that spread Polish culture.

More Polish settlers moved eastwards to the borderlands of the vast Polish-Lithuanian Commonwealth. They inhabited sparsely populated areas dominated by local peoples – Lithuanians and Ruthenians. The upper classes of Kresy accepted Polish culture, language and catholic religion which resulted in their polonization. There was high ethnic diversity and religious tolerance.

The Commonwealth reached is Golden Age in the early 17th century. It was the largest state in Europe with its territory extending to the wild plains of Podolia which the Poles referred to as “Ukraina”, meaning edge or margin.

The Commonwealth held off invasions from the Swedes, the Tsars of Russia and vassals of the Ottoman Empire, even taking Moscow from 1610-1612. In 1673, at the Battle of Chocim, Polish forces halted the invading Ottoman Imperial Army in the Kresy. This immense battle was led by the King of Poland, Jan Sobieski III. Born in Olesko, in the Kresy, Jan Sobieski was an ambitious and dynastic leader and a brilliant soldier. In 1683 he led Commonwealth troops to save Europe from the Turkish infidel, relieving the siege of Vienna. For over 100 years the “Hussars”, the Polish elite winged cavalry, were the undisputed lords of the battlefield.

But after a long period of stability, the Polish-Lithuanian Commonwealth entered a period of decline. This is known as “the deluge”. In the Eastern Borderlands tensions began rising with the locals. The Ruthenian nobility had become increasingly polonized, much to the resentment of the local peasants who retained their allegiance to the Orthodox Church. In this frontier province, the Cossacks had a major rebellion, the Khmelnytskyi Uprising, in 1648.
And in 1672 the fortress of Kamieniec Podolski, the South Eastern bastion of Polish rule, fell to the Turks.

This gradual decline in Poland’s fortunes led to the first partition in 1772. By 1795, the whole eastern half of the Commonwealth was annexed by the Russian Empire. These lands came to be called “the Stolen Lands”. There were constant national rebellions which the Russians dealt with severely – Poles were persecuted, re-settled and deported to Siberia.

A further two partitions of the Polish-Lithuanian Commonwealth took place in the second half of the 18th century. With the third partition in 1795 the independent state ceased to exist. Only in 1918 did the 2nd Republic of Poland re-emerge from the aftermath of the first world war, and it with it, the return of the Kresy to Polish rule.

It has been said that “Kresy is the very centre of Polish life, the very centre of Polish thought, tradition and spirit. From Kresy come Polish dreams and myths”. Kresy Wschodnie is the place of legends and of valorous deeds. It is the place of mystical Pan Wolodyjowski, Zagloba and Kmicic, of battles against Ukrainian, Swedish, Tatar and Turkish invaders. It is the lands of our forefathers… 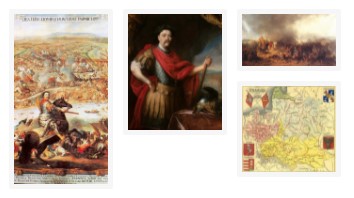 Polish expansion eastwards dates back to the earliest days of Poland. In 1018 King Boleslaw I Chrobry, who was the first King of Poland, invaded and defeated the Kievan Rus in the Battle at Bug river.  In 1241, 1259 and 1287 the hordes of Genghis Khan swept over Europe, invading and torching much of Eastern Poland.